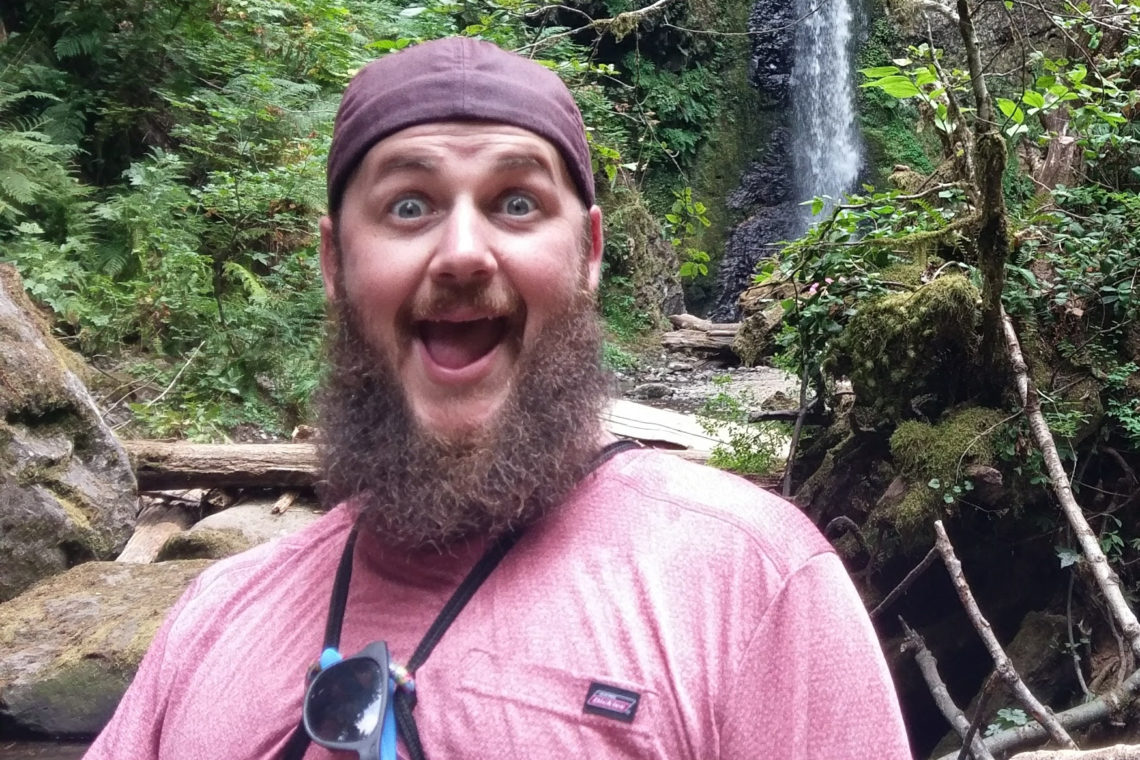 How do you say goodbye to your lifelong best friend? I’ve decided I can’t.

So when I saw him for the last time, I said instead, ‘Thank you.‘   Not goodbye. Because I want to believe he’s all around me still. 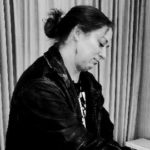 I am so grateful I got to spend one last time together- with that form, the vessel in which we shared our lives.

Knowing it for the last.

So I held him and told him the things. I forgave him for leaving me behind. And kissed his precious face for the last time.

So shattered. My words feel as hollow as any comfort I might find.

He was my deepest friend for over thirty years. Our kids grew up together just as we did. 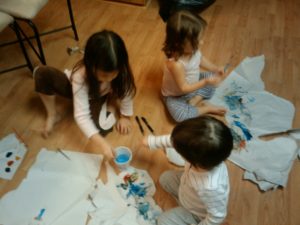 My constant companion. My bravest and most determined champion. He never failed to show up for me. 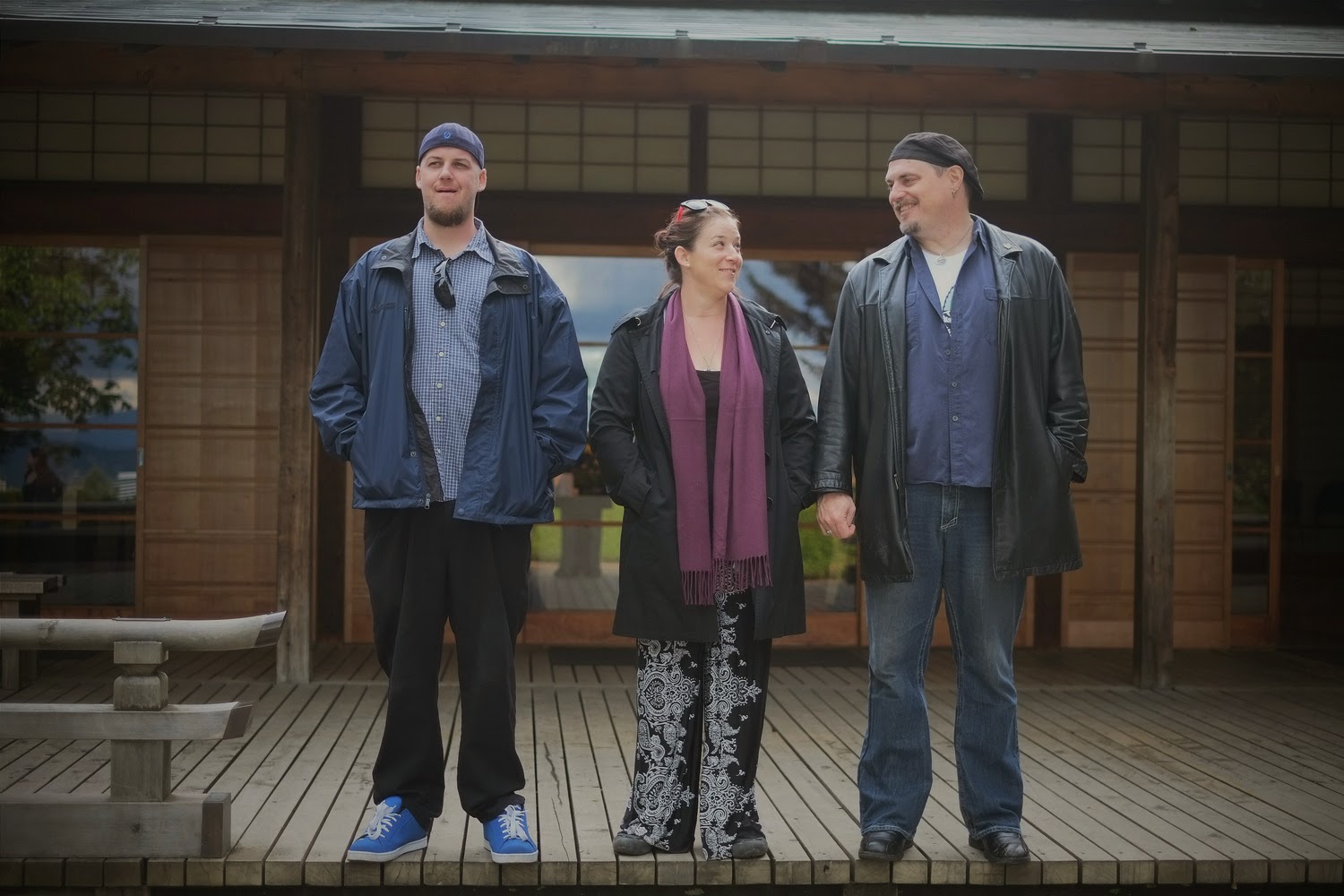 Did you know he was a part of every business I ever had? He cleaned houses for miracle maids, and even learned sound engineering when the sound guy for Weeducated quit. That’s us with a local radio guy, on our first trip to Portland. He gave me his all, for everything. And when each business closed or was put to pasture, he let it go without expectation, guilt or entitlement. He never claimed ownership of anything….just truly wanted to be there for me…to see me succeed in something I wanted. He showed up for EVERY SINGLE event I ever had for anything….music, businesses, personal life. The very definition of a staunch supporter.

So how can I define the enormity of this loss? 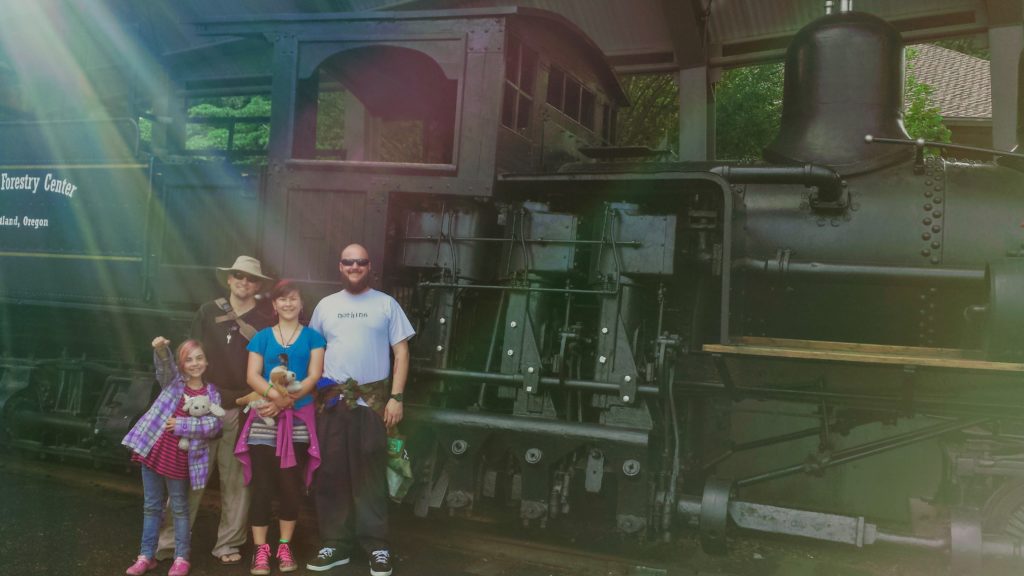 Actually, I think you’ve all defined it for me. As most of you know, I was the one to tell most people of his passing. While the trauma of that experience will haunt me for some time, I find that I am also grateful. For with each telling, it became more obvious and clear to me that he was that person for almost everyone in his life.

“He was my backbone!”

“He was always there for me!”

Wow. I don’t think we’ll ever know how much he truly gave to all of us. So much love…and he gave it to us without attachment…no expectation or return of anything. None of us were jealous of each other because we couldn’t get our share. He just had that much to give.

And he never did it for credit. So unassuming was he…in your face with his jokes and passion. Yet silent in his expressions of love…So generous. So compassionate.

Mat taught me my capacity to give and give love is determined only by me, and never by other’s gratitude or actions. 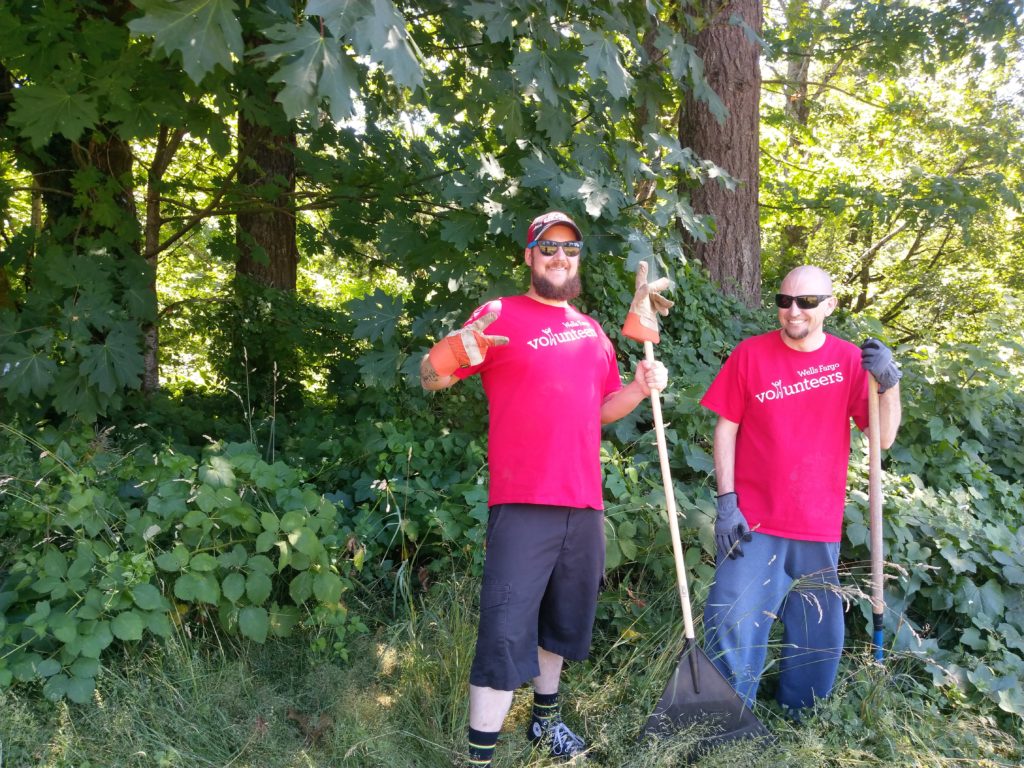 Did you know Mat and I never fought or spoke harshly or in anger to each other?

Never. Not one fight.

We did disagree, of course. We were really so different…movies, colors, music, even politics. But Mathew taught me that wasn’t the important part. Where we were different, he embraced and reveled in my enjoyment of something with me….he respected me enough to let me live my way right alongside his.

He taught me that we love because of and with our differences, not in spite of them. The loss of his companionship is much bigger than my heart or my mind can hold and I can not begin to bear it. 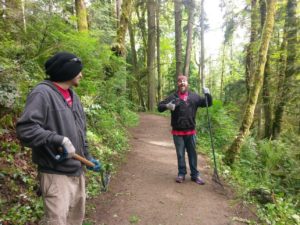 But I refuse to let it be ugly or bitter. He was so beautiful and so was our relationship. 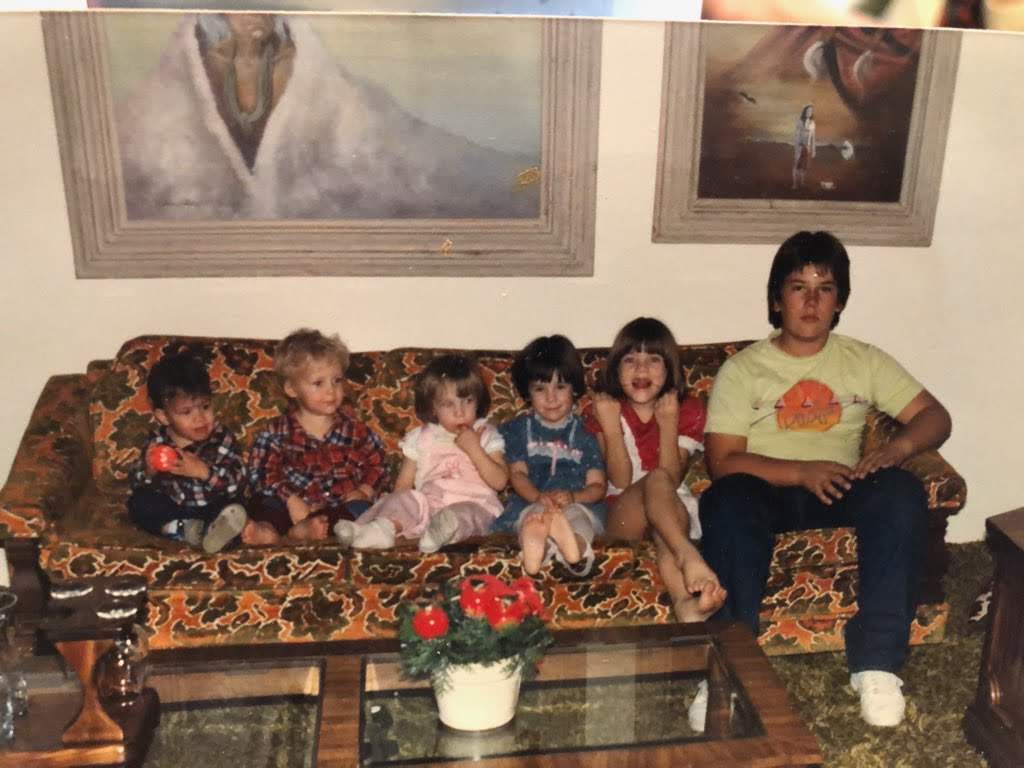 So too was his life. Mat lived so fully…as much life as he could hold. At. All. Times.

He made and created and loved and gave so much. He was a musician of multiple instruments, a maker, creator. He was a father and husband of his own design, a gamer, a provider, a podcaster, a homeowner. He was even known in his neighborhood as the crazy yard guy because he was constantly outside cleaning and tending to it.

And you probably know but he cared for his disabled father for over fifteen years without complaint or expectation of gratitude- awkward and weird when you tried to appreciate him for it. Unbelievable.

So many interests. So much talent. So much heart. 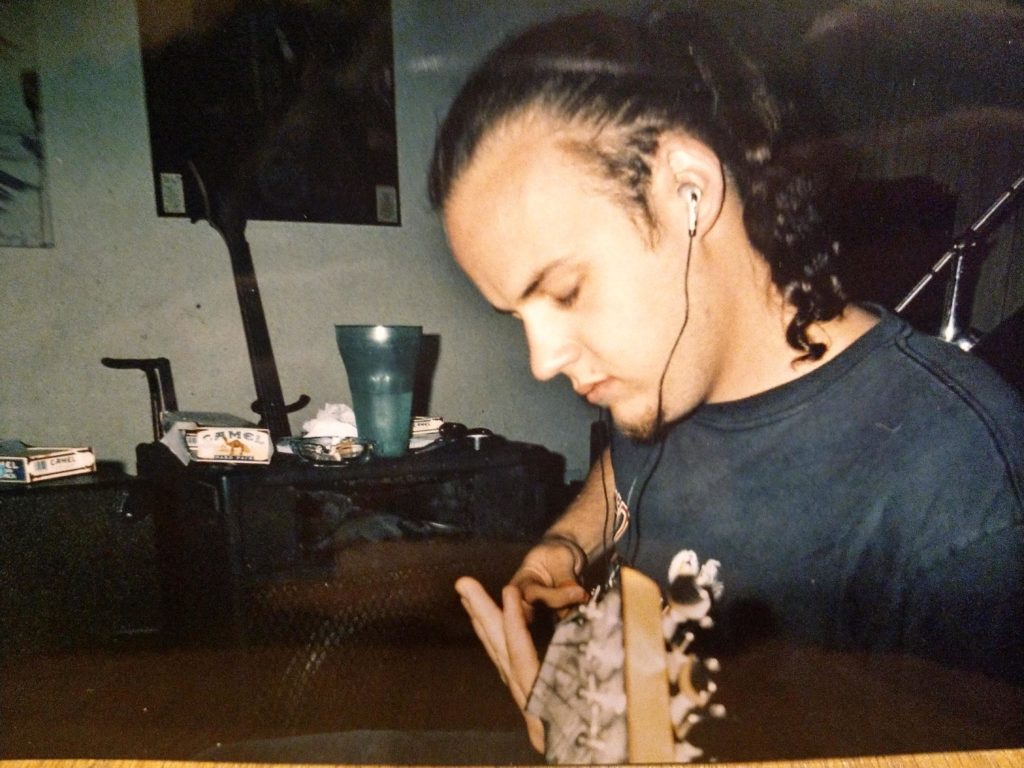 Mat was such a source of light and laughter on my life. I think there’s always one thing for each of us that we will miss most about those we lose…the thing our dearly departed did that we apparently held most dear. I think it takes a while to realize what that thing is.

I found mine in a moment that crippled me. His laughter. All twenty seven of his laughs. So big. So real. So funny…the kind that caught like wildfire through the room. We laughed so much.

I swear that boy lived to make me laugh…Really to make anybody laugh…what a doofus. I couldn’t help but laugh, despite my despair, when I rediscovered this series of photos he sent me randomly just cause he bought a new toy. Always for the laughs. 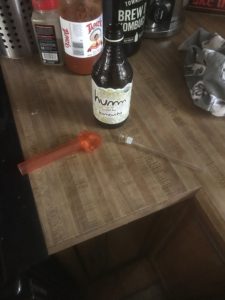 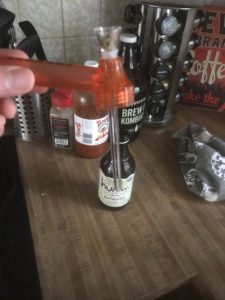 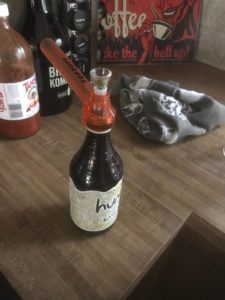 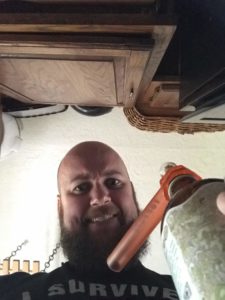 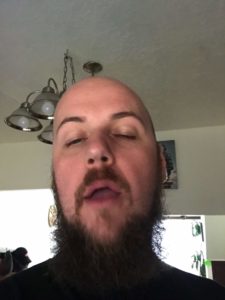 To that end, did you know Mathew did stand-up comedy for a couple months? He did. I’m not really sure why, other than he loved comedy. Just got a bug up his butt one day and decided he was gonna do it. And then was on stage within two weeks. And he was funny! And dorky..and nervous and awkward. But lots of people laughed….and they all would have if he’d kept at it and perfected his bits.

But he didn’t. I think because he never intended to be great at it. I believe he just wanted to see himself doing it….and so he did.

And although he originally started playing guitar because I had, he surpassed me years ago and was an incredibly talented guitar player. Did you know he was even nicknamed Master Shredder for his sick and lengthy solos? He played mostly rock and metal but just as with comedy, toward the beginning he also deemed it necessary to become quite good at flamenco guitar.

What started with a loaned book ended in a true passion for guitar, knowledge of his own ability to learn something and a tattoo on his forearm cementing all of it in beautiful arabic lettering. 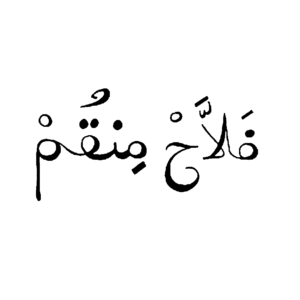 Mat taught me that how good you are at something is often irrelevant. Sometimes it’s about the experience itself…recognizing your own power…or just having a really good fucking time making a Goddamn fool of yourself.

I love this picture. I found it a few days after his death, in the depths of my despair. I was looking through pictures of our life together, screaming and wondering how the actual fuck I’m supposed to do this without him. And the next picture I found was this one.

It’s a Matthew Mcconaughey quote from dazed and confused (an old teenage stoner movie) and it’s exactly what it sounds like. In consoling another character, he says you just gotta keep living.

Our Mathew loved this quote and said it a lot in a perfect mcconaughey drawl. Our Mat certainly followed the advice. Did you know he was living totally alone for the first time in his life? With Alicia pursuing school in AZ, Marco moving into his own mini house, and Ron being hospitalized, Mat lived completely for himself for the first time and so enthusiastically fully. He went to so many shows. He started running. 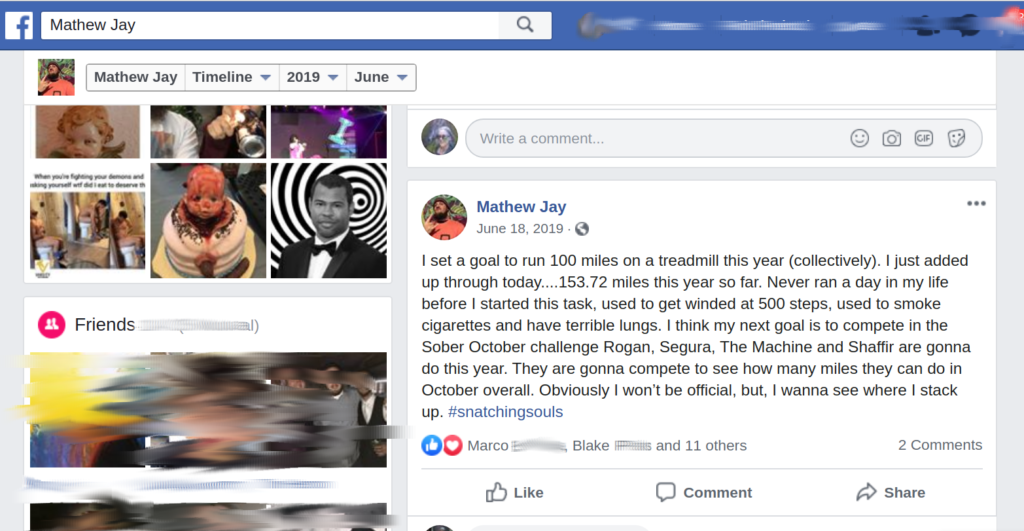 Got to his goal weight and held it. Made delicious beer and perfected brewing techniques. He even engineered a really cool closed loop wort chiller system that doesn’t waste water. 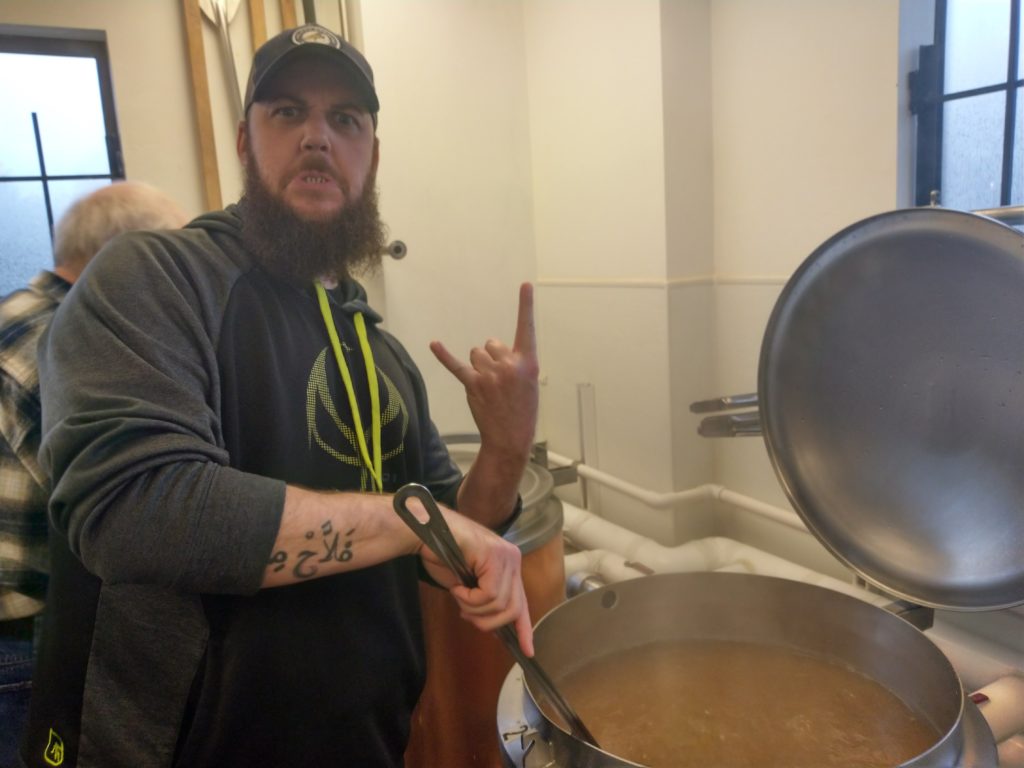 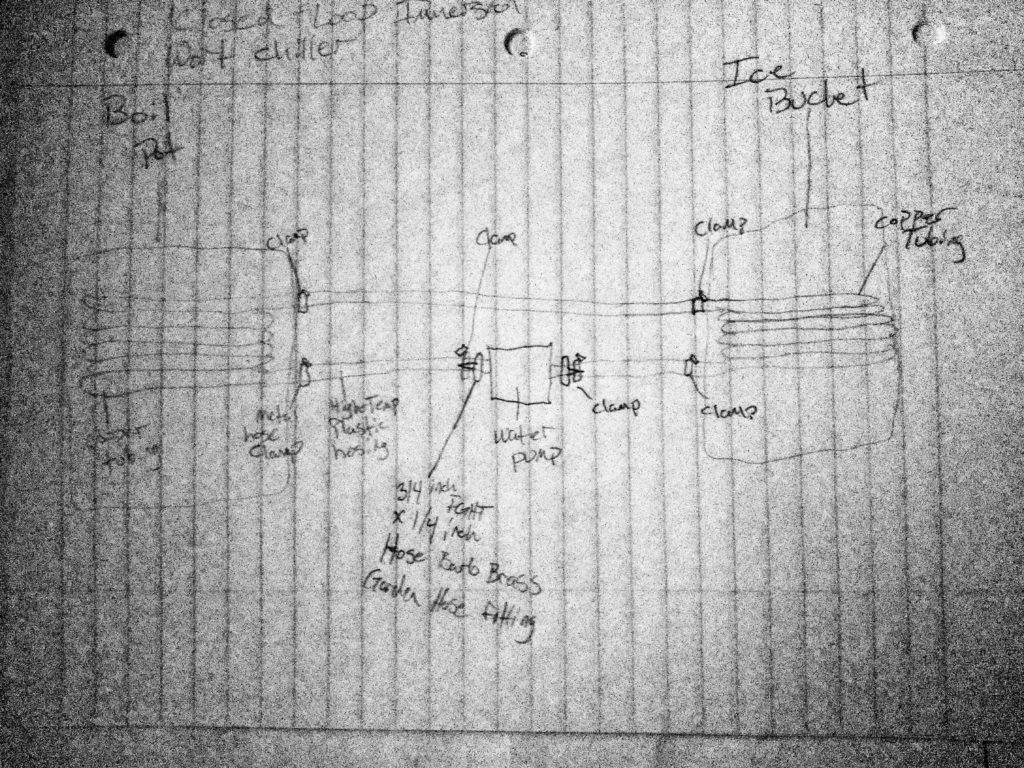 He picked up painting (and was actually quite good) and the comedy thing.

He loved to hike. 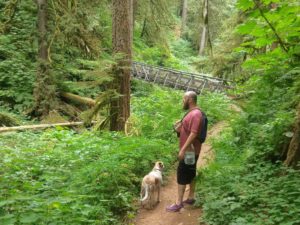 Learned and played drums for our band when we lost a drummer for the second time. 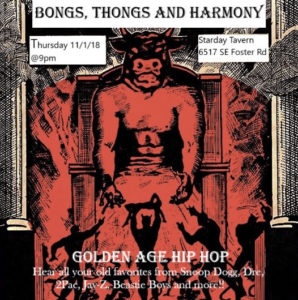 He created a podcast about movies.

He saw and participated in art instalations and played trivia for The Simpsons. He did SO MUCH. He was truly L.I.V.I.N.

I’ve been repeating it to myself whenever it becomes too much. “L.I.V.I.N!” 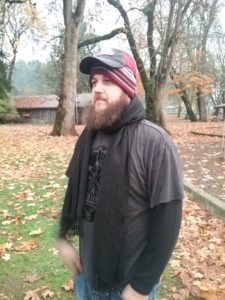 Mat taught me to live the biggest life I can hold at all times.

So beautiful and incredible and precious.

So I am, and will keep, putting one foot in front of the other. Stopping to hurt and silently scream, when I can’t keep moving… waiting for the quaking in my core to settle. And then trying to move myself with grace from wretched pain of loss to bittersweet gratitude. Because nothing should be ruined or bitter because he was here. It can’t be. Because HE WAS HERE. What a guy! What an amazing person we knew! And were lucky enough to be loved by! Wow! Just….WOOOOOW!

If I’m being honest, that’s easier sometimes to say than to feel. I’m living as many of us are…a moment at a time. There are moments when I’m so overwhelmed with gratitude for him, I wonder at my own earlier sadness. How could I be sad when he was so great? And there are other moments where I’m sobbing on the floor and my past and future hurt as much as the present. But I will get through it. For him. Because of him. He taught me and would want me, and all of us to keep living the biggest life we can hold. L.I.V.I.N. So I will. I hope you do too.  Let’s make beautiful things from both his life and death, because he deserves no less from us. 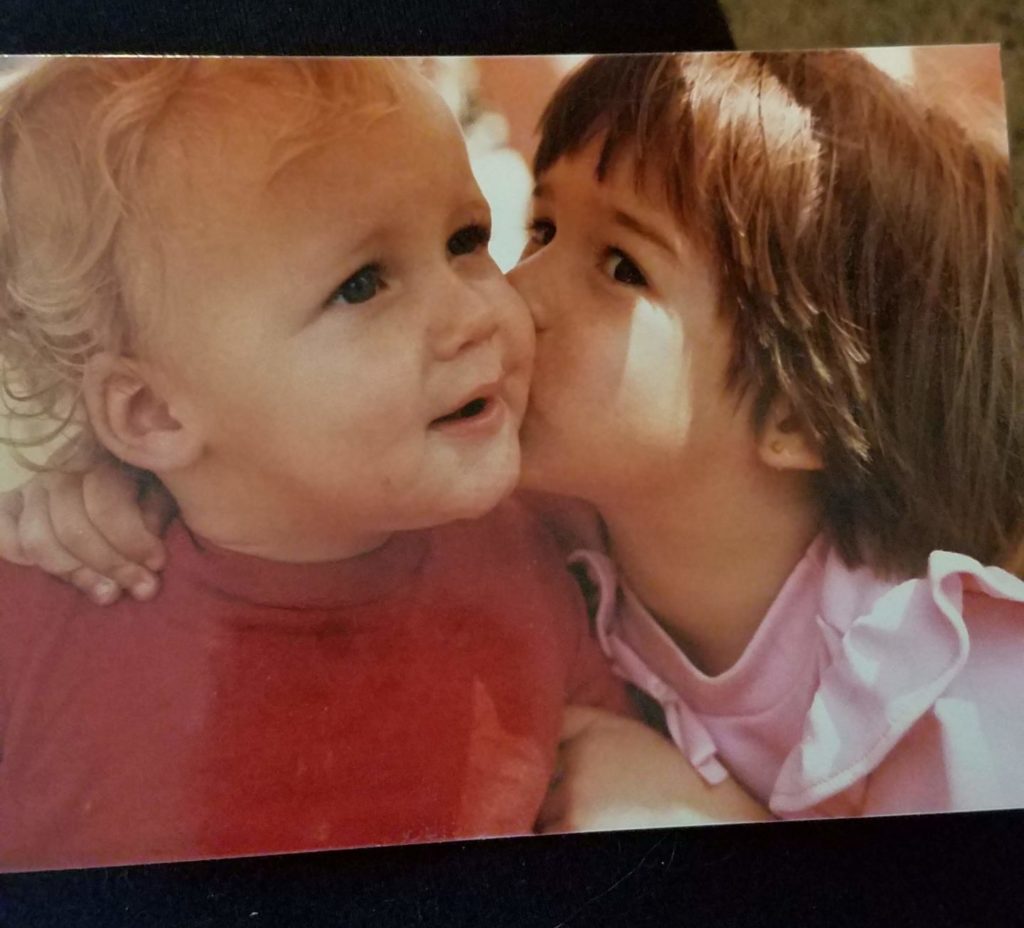 I love you always Mathew and will miss you for the same. 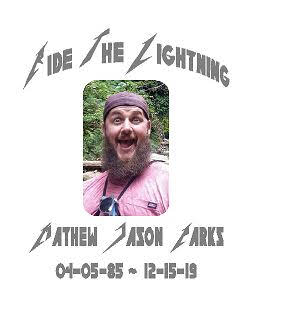